When the iPhone 5 was released last year, Apple didn't bother with any cases or docks. Third parties certainly addressed the lack of cases, but as far as I can tell, there were never any good docks. But now there's the iPhone 5s dock, which is also compatible with the iPhone 5. So I got on my bicycle and went to the nearest Apple Store to get one. Read on to see if it was worth € 29 and cycling 63 km.

The dock comes in a very small box: 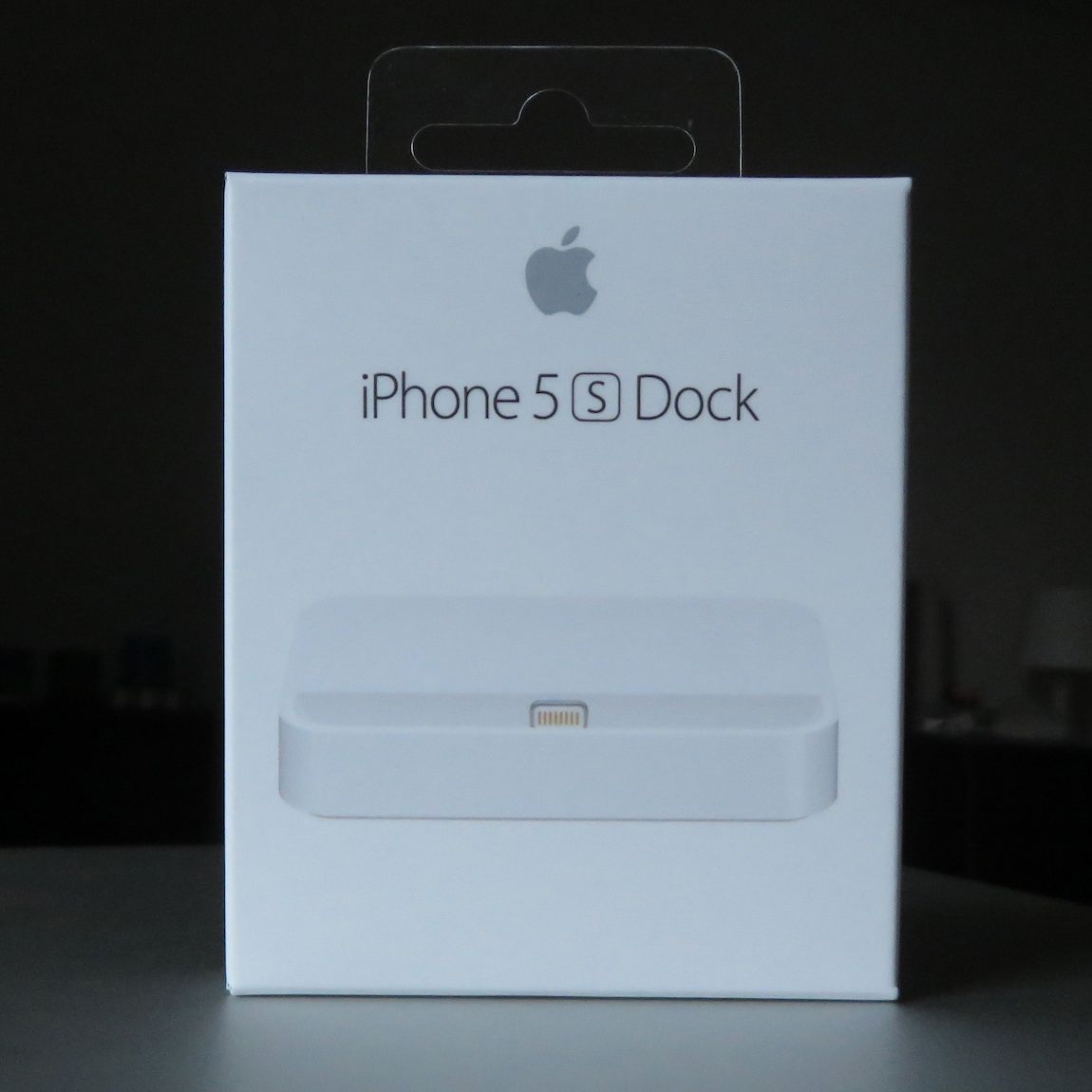 Unlike the iPhone 3G dock I had years ago, there are no holes in the bottom to guide audio in and out. But with the iPhone 5 in place, there's a little bit of room left in front of the iPhone, which is enough to get audio out without issues, and the microphone still picks up enough of my voice for Siri to work.

The dock is fairly small, and not particularly heavy, but sturdy enough to make sure the iPhone stands up relatively securely. The rubbery underside provides a good amount of grip on most surfaces. The lightning connector is looser than the one on the cable that comes with the iPhone 5, so it's easy enough to insert the phone, and not too hard to get it out with one hand. 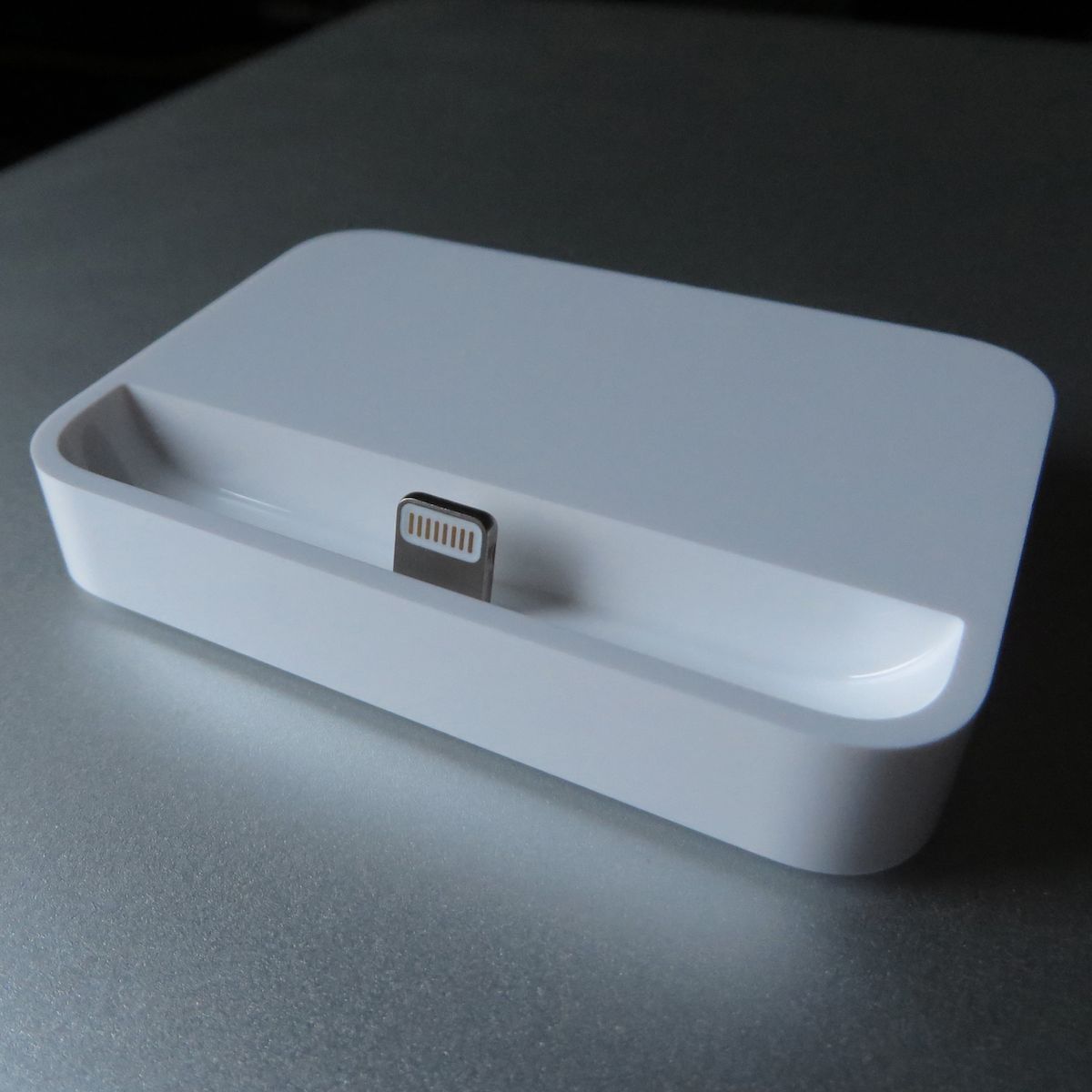 Speaking of audio, there's a line out port in the back: 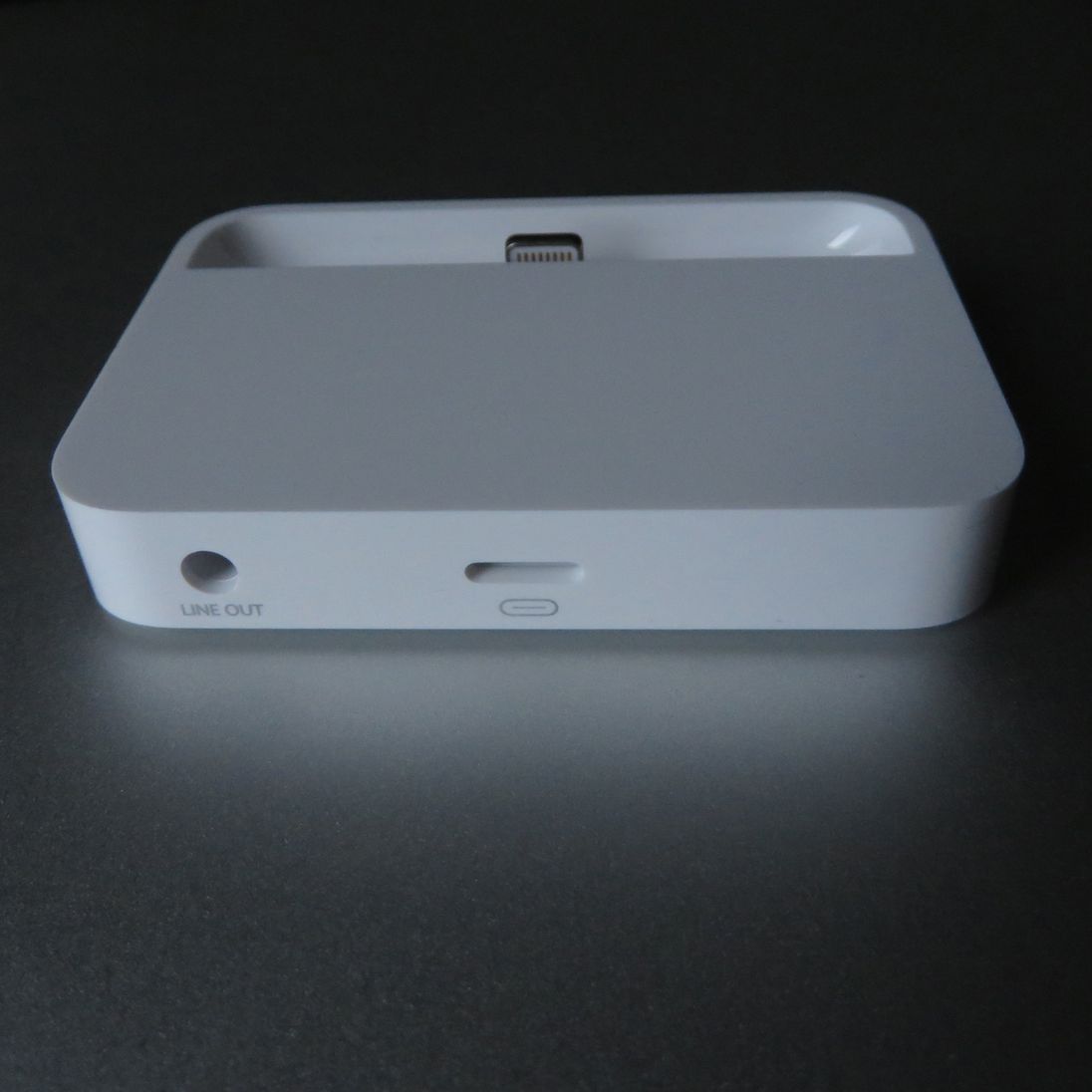 What's really nice is that the iPhone detects whether there's a cable inserted in the 3.5 mm jack. If so, it sends most audio (not phone calls, though) out through that port, but if there's nothing connected, it uses the built-in speaker.

There's a lightning receptacle on the back of the dock, which you can use to connect the docked iPhone to a computer for charging and syncing, or to a charger for charging. A charger or cable are not included.

The main reason I got the dock is because I don't want my iPhone to slide around on and fall off of tables and break or even just get scratched for that matter. The dock also allows you to read notifications as they come in, and use a nice clock app, such as Analog Digital Clock or LlamaClock (displayed). 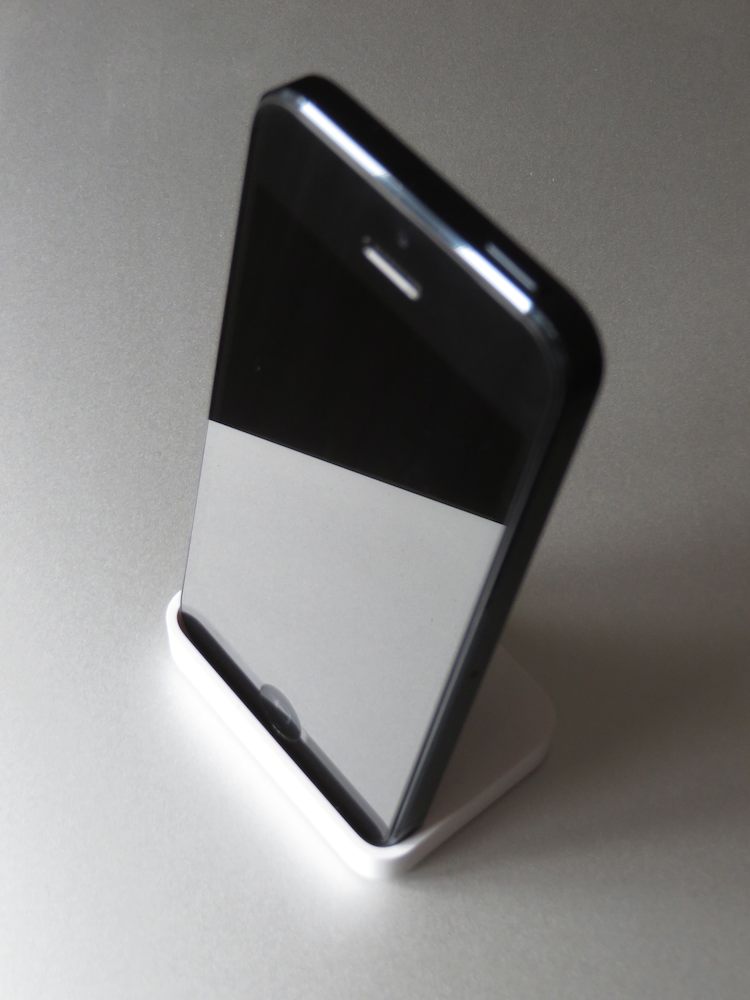 (With power connected, the screen will stay on if an app is running in the foreground.)

The only downside of the dock is that getting at the home button is a bit harder. Or maybe I just have fat fingers. It would be great to have a dock that also works in landscape, though, for things like watching video.

Note that in addition to the iPhone 5s dock, which is compatible with the iPhone 5, there's also an iPhone 5c dock.