A couple of days ago, I posted this picture: 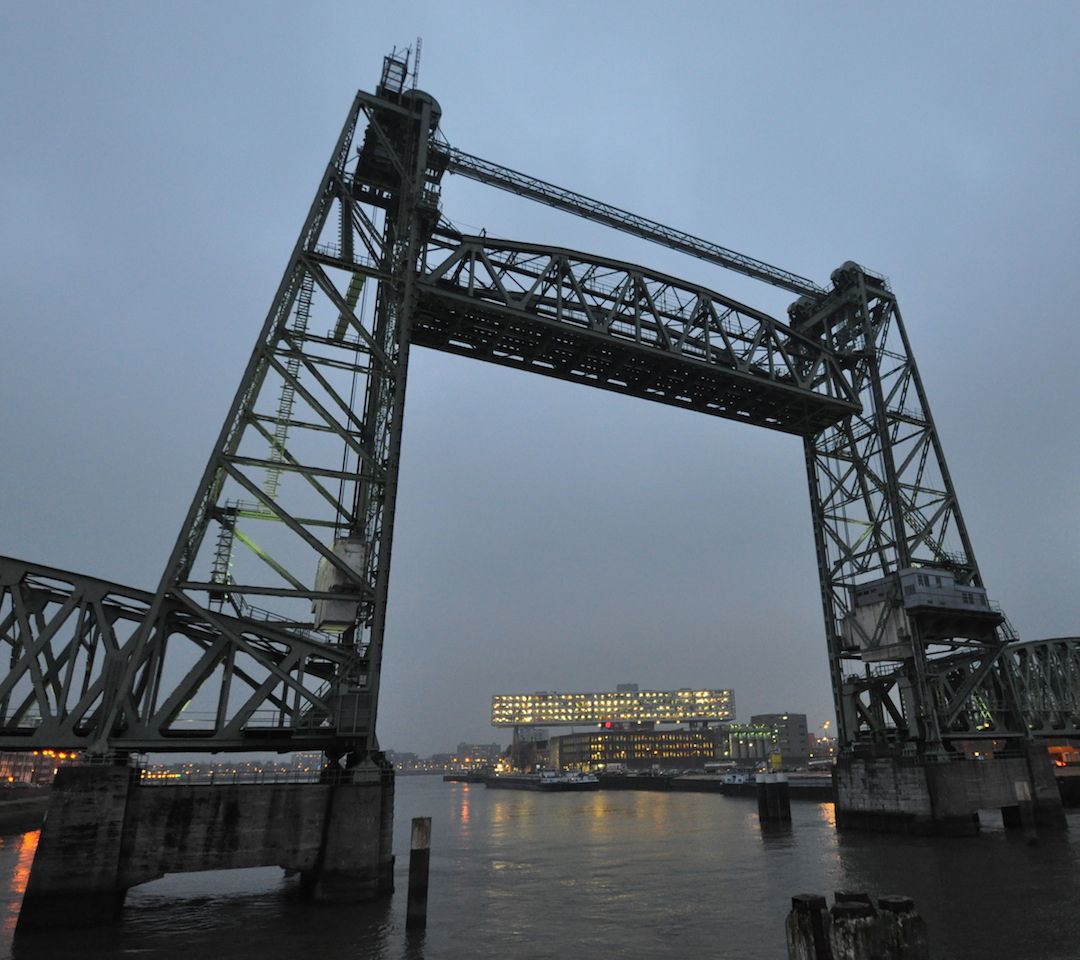 Turns out, this railroad bridge from the 1920s across the Meuse river in Rotterdam has its own documentary film: De brug (Wikipedia link) or The Bridge, by Joris Ivens, 1928. (It's 15 min and silent). Watch it on Youtube or Vimeo, but not on the Internet Archive, because their copy is much lower quality.

In 1993, the bridge was closed and most of it was removed after a new tunnel had been built. As you can see in the photo, the remaining part of the bridge is left in the open position. I wasn't a very frequent rail traveler back then, but I still remember that the "luchtspoor" (something like "air track", link is a nice history in Dutch with many photos) provided a very nice view of Rotterdam, most notably this building: 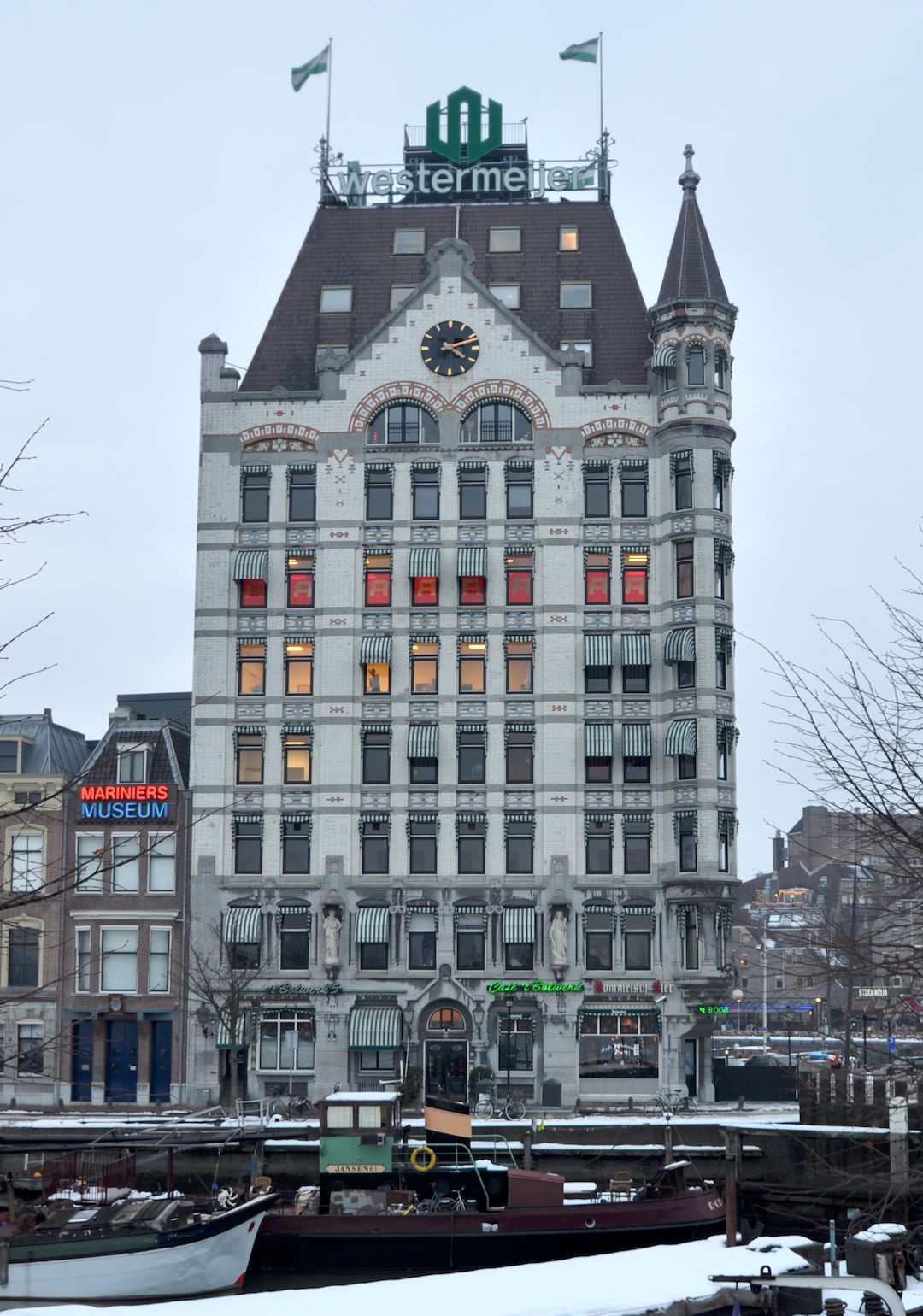 The Witte Huis (White House) is a 43 meter, ten story high building from 1898. At that time it was the tallest building in Europe.

A couple of additional photos: this is the old Hofplein station, back in 2009 shortly before it closed. It was the terminus of the Hofpleinlijn, a second rail link between The Hague and Rotterdam, which was the first electrified rail line in Holland in 1908. 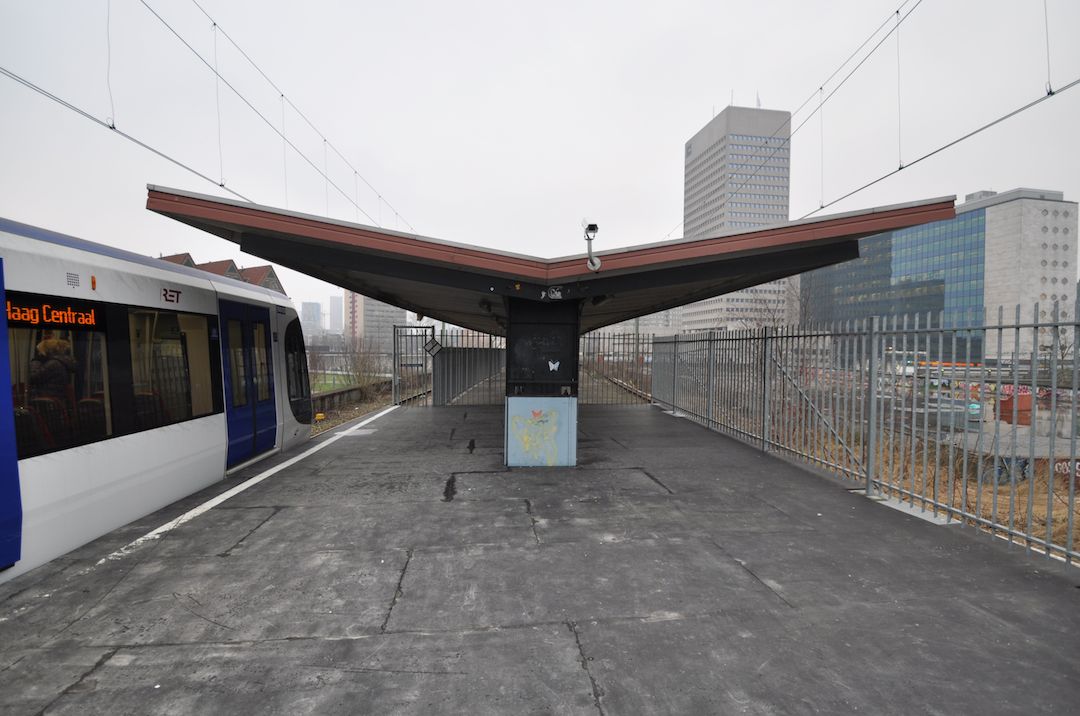 For some strange reason they built this station within easy walking distance of the Rotterdam central station. In 2006, it was converted to a metro (subway/underground) line, and a few years later it was connected to the rest of the Rotterdam metro network so this terminus was no longer needed.

Speaking of the Rotterdam central station, this is what it looked like in 2003. 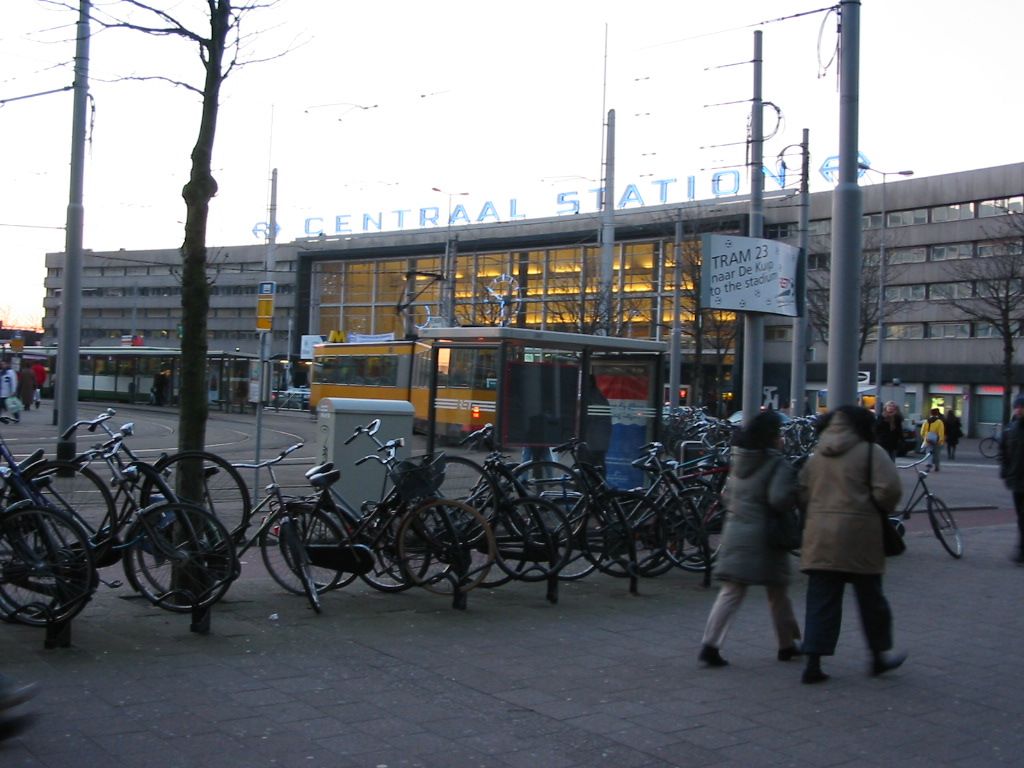 It's really too bad I don't have a better photo, because I liked the 1950s style architecture. It's been completely rebuilt the past years (all of the largest train stations in the country have been under extensive construction the past decade!) and the new look isn't half bad either. So I guess I'll have to shoot some new photos and show how all of this looks today.