I have an old Philips 31CT "computer flash". No, it has nothing to do with computer memory—it's a flash unit that sits on top of your camera. And although calling it a computer grossly overstates matters, but it has a small amount of automation built in that allows the flash to measure the amount of light returning from the scene that's being illuminated, and actually stop flashing mid-flash once a proper exposure has been accomplished. These units can't actually vary their brightness, only the length of the flash, which can be anything between 1/500th and 1/100000th of a second.

Hooking up an old flash unit is actually kind of risky, as these flashes can send hundreds of volts through the camera. I measured the voltage, which was 230 V. The Nikon D7100 is good for 250 V, though.

But why risk it? After all, modern cameras have a built-in flash. Simple: the built-in flash isn't very powerful, and it illuminates the subject straight on. Which is good when you need a "fill-in" flash to soften harsh shadows when photographing portraits in the sun, but it sucks as the main source of light: everything turns flat, you often get annoying reflections or red eyes, foregrounds that are overexposed and backgrounds that are underexposed.

Unfortunately, the ancient computer and/or Xenon flash bulb didn't age gracefully, and failed to provide consistent illumination. What you see here is a dial on the back of the unit that allows you to select one of three color-coded programs. You turn the dial to point to your selected ISO (well, ASA or DIN) sensitivity and then you set the camera's aperture to one of the options the colored arrows point at, and then move a slider on the front of the unit until the little eye that measures the light is surrounded by the chosen color. For best results, the shutter time should be set to the highest flash sync speed, 1/250 on the D7100. Then, turn on the flash, wait for the orange light to come on and snap some photos. But those were all underexposed, and not always to the same degree. 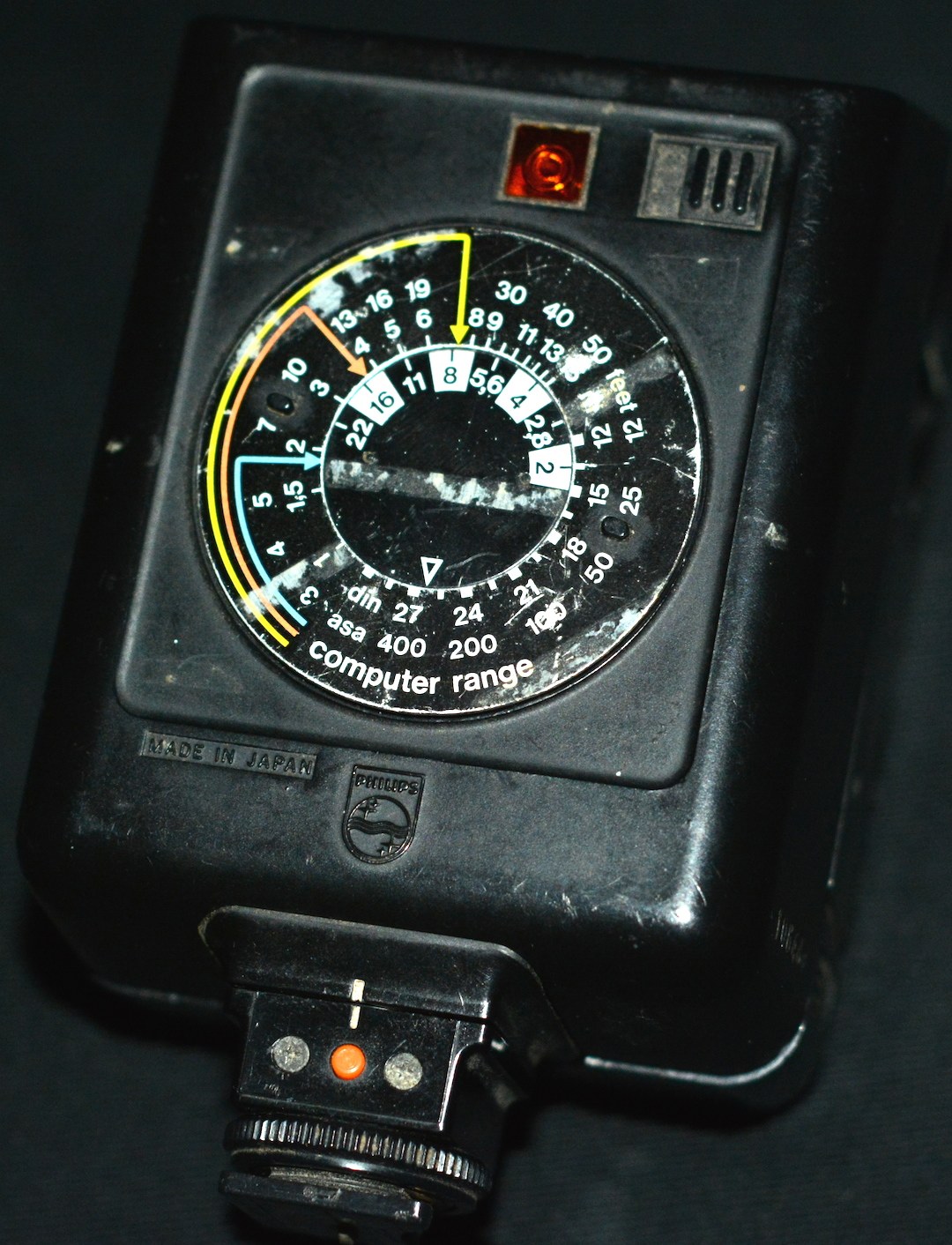 So I think I'll invest in a Yongnuo or similar third-party i-TTL flash unit at some point. Like Nikon's flashes, these will let the camera measure the required flash strength through the lens for optimal results. Interestingly, computer flash units seem to have died out these days, flashes are either controlled by the camera through Nikon's or Canon's proprietary systems, or they only function in manual mode, where they simply fire at a preset strength. Unfortunately Nikon's cheaper flashes don't tilt and swivel and are hampered by tiny batteries, while the bigger ones are very, very expensive.