Yesterday was Architecture Day (Dag van de Architectuur) in The Netherlands. One of the activities for DvdA The Hague was tours of several bunkers in the dunes that were part of the Atlantikwall during WOII, organized by the Atlantikwall Museum Scheveningen.

There's still a bunch of bunkers visible all over the place, sticking out from under the ground. What I didn't realize is that the majority of them is actually completely buried. Turns out that there are several within a few minutes walking in the dunes, and the only way to tell they're there is by the hatch: 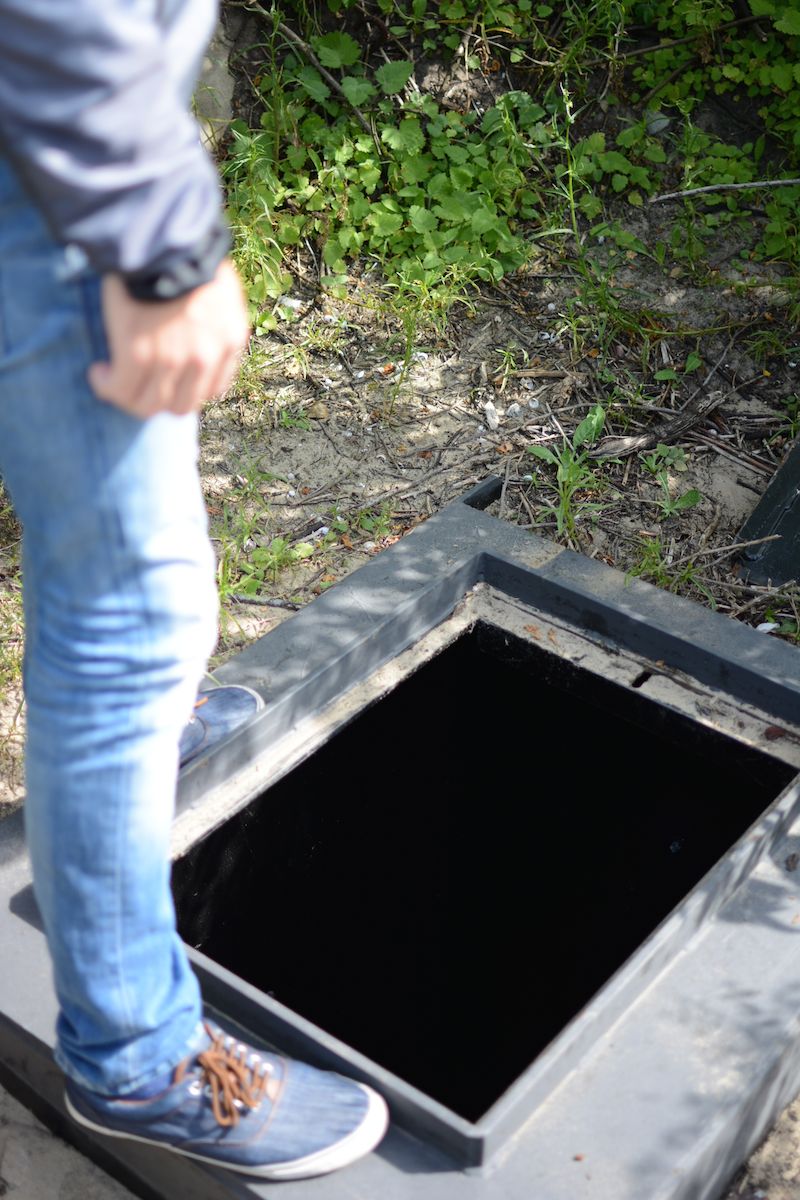 These hatches (never seen so many since Lost was on TV!) aren't easy to climb down: 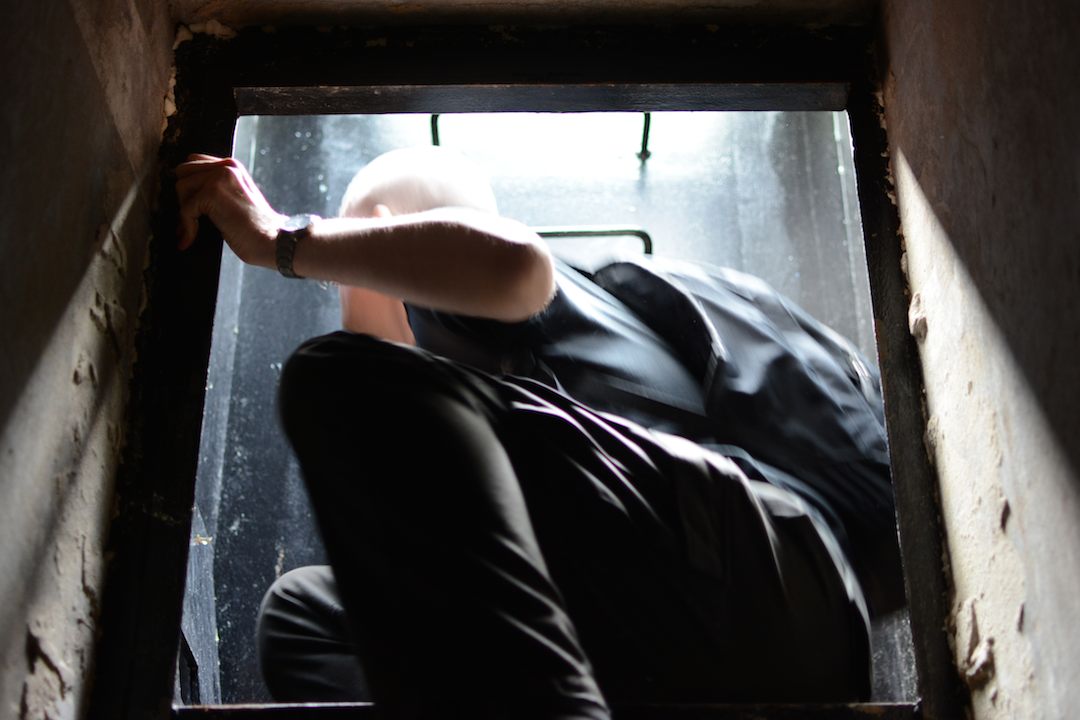 Inside I took a bunch of photos with my 35 mm f/1.8 lens at ISO 25600, which is good enough to get fairly decent photos by the light from a flashlight reflected back off of walls and floors. The only trouble is that the camera doesn't react very quickly because it has trouble focussing in the low light. 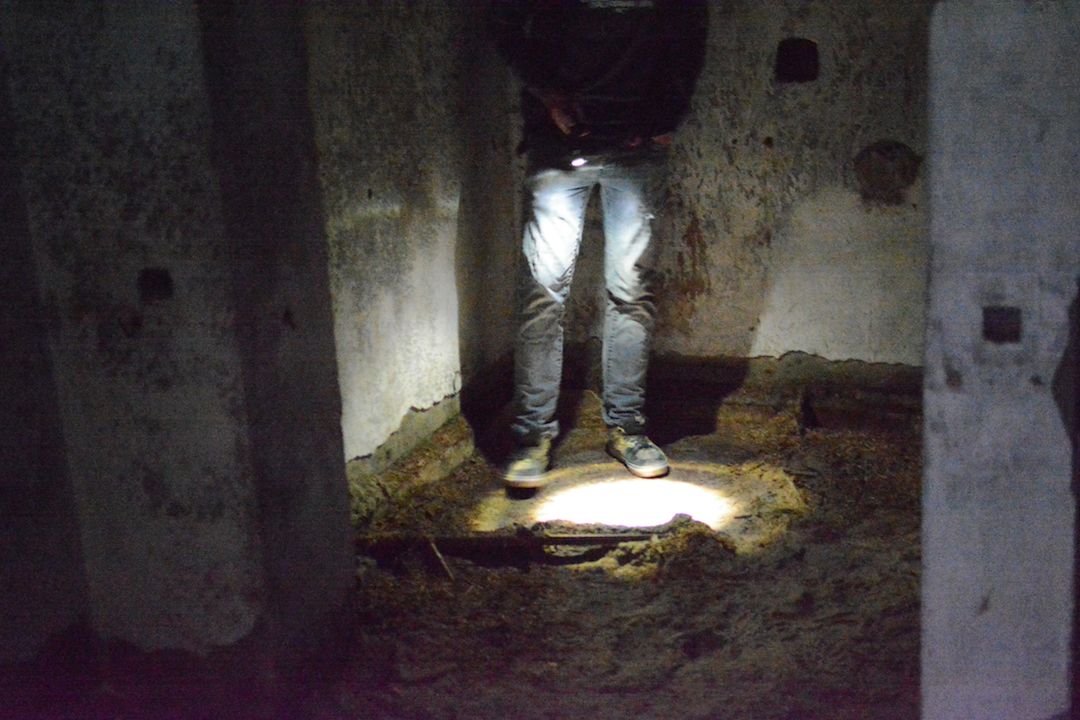