Technology from the pre-iPhone days

❝Kicking it old school while my iPhone 5 is undergoing battery surgery.❞ 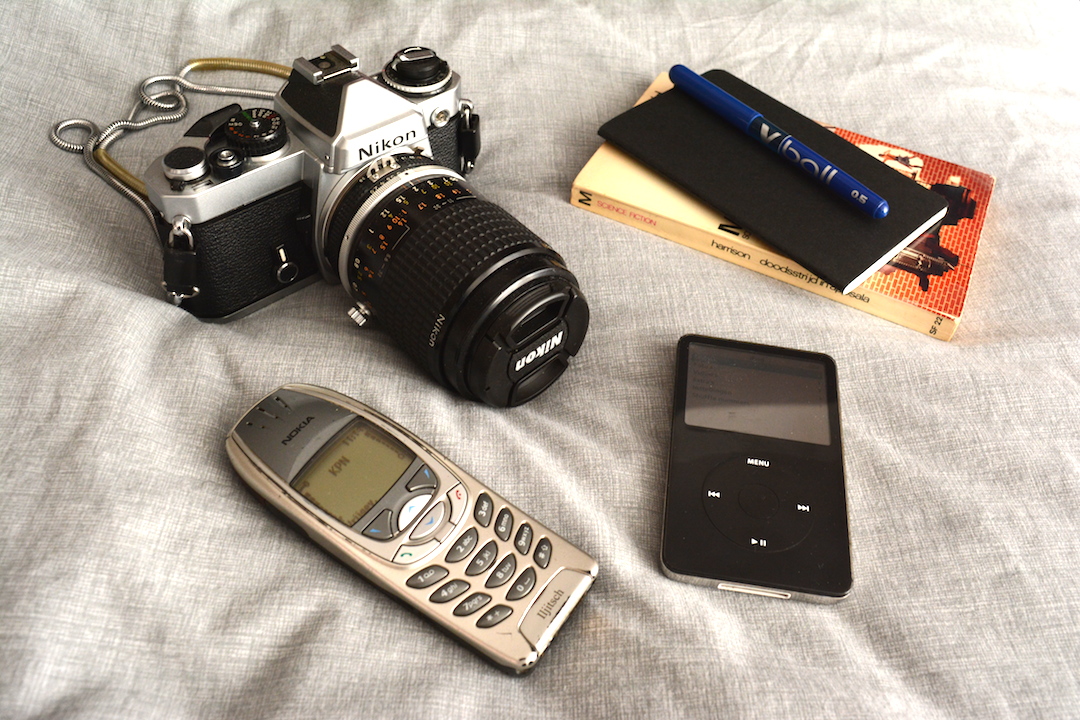 And then this morning I saw Andy Ihnatko had a video based on a similar photo, where he extolled the virtues of the 20-year-old versions of the technologies now bundled inside an iPhone: Why 2013 Won't Be Like 1993. (Part of his effort to decide once and for all whether doing video is for him by doing three a week for a month—recommended.)

And yes, the old stuff does have some advantages. As someone on Twitter mentioned: "i wish you a happy week with no need for recharging :-)" It's true, the Nokia 6310i from 2002 easily lasts a week on a charge. However, I think if you only use your iPhone for making a short phonecall a few times a week, it also lasts for many days... And the dead tree book doesn't need any power at all!

When I brought in my iPhone 5 at the Apple Store yesterday, they first tried to repair it in the store, but when I came back later they told me the repair was unsuccessful so they had to send the phone away, and it may be as much as two weeks before I get it back. They did give me a loaner 16 GB iPhone 5, though. Not easy to get everything into 16 GB (well, just over 12, really) when 32 GB (= just under 28) was already cramped before.