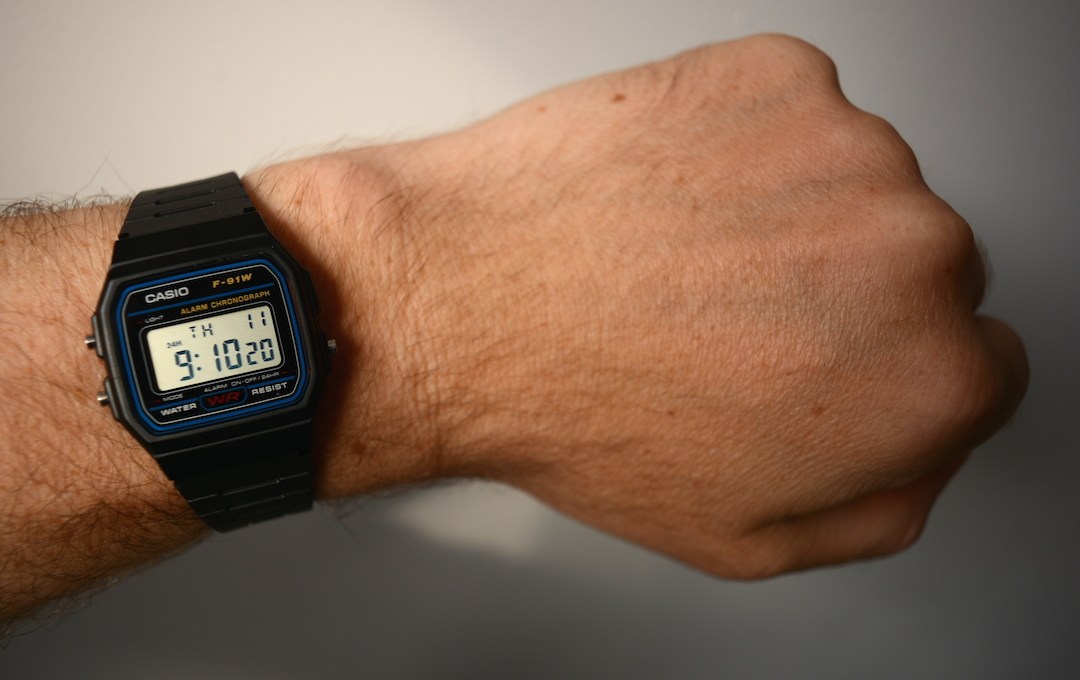 The Casio F-91W is a great watch. It's cheap (I paid 15 euros) and simple. It weighs 22 grams. The best thing? The battery life is seven years. Casio started making them in 1991, and they're still selling in good numbers, according to this somewhat incredulous story over at the BBC.

I do have to admit one of the reasons I got the F91W is to see if I could get used to wearing a watch again in anticipation of the Apple Watch.