In iOS 7, lots of stuff turned white. Such as the Music application, which you use to play music. That's unfortunate, because the album art embedded in songs looks much better on a black background than it does surrounded by white. However, the lock screen, which also shows album art if music is playing, is still dark: 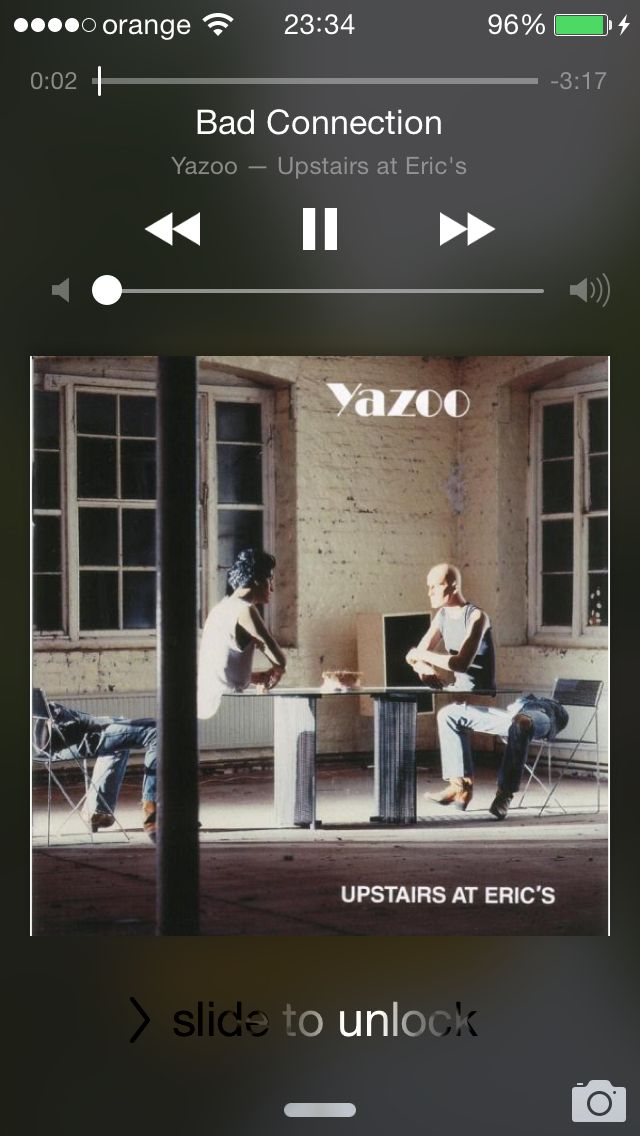 The problem here is that for non-square album art, the image is made square by "letterboxing" it with white borders on the sides or the top and bottom—a real eyesore (As far as I've been able to tell, art work for music on the iTunes store is always square and actual (vinyl) album art is also square. However, CD boxes aren't quite square.) Fortunately, we only had to suffer this indignity for a year, as the iOS 8 update released last week fixes this: 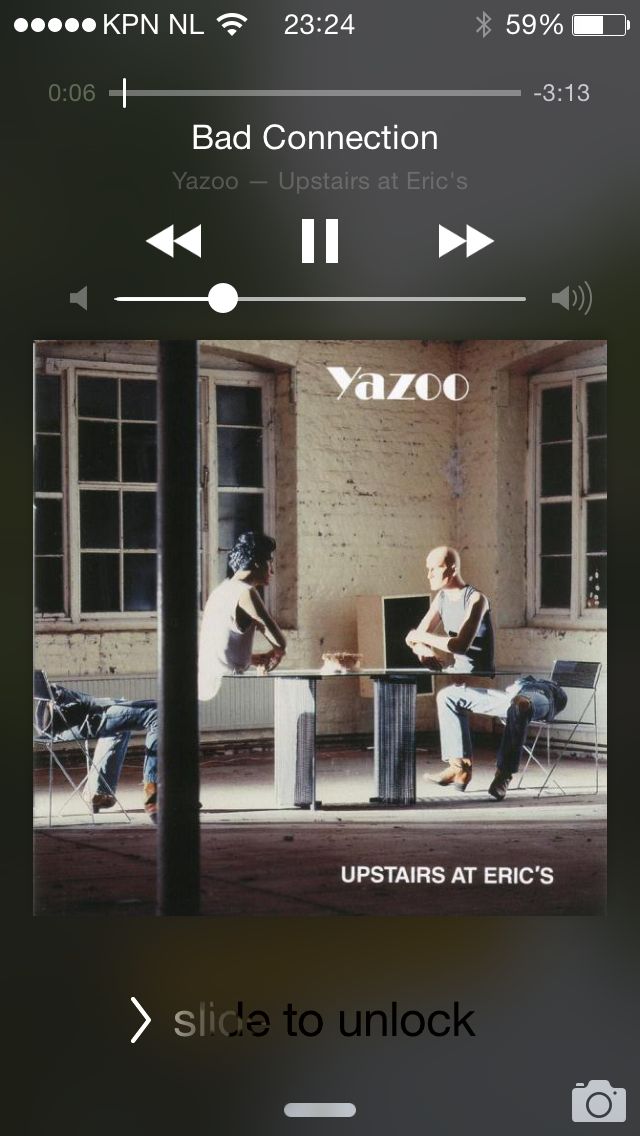