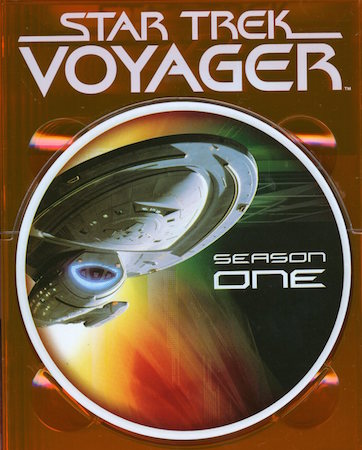 Twenty years ago, on January 16, 1995, the first episode of Star Trek Voyager was broadcast in the US. The series would be on the air for seven seasons. I'm not sure when I started watching, but I ended up buying all 172 episodes on VHS. Every Tuesday I would go to the Free Record Shop to buy a tape with two new episodes for ƒ 29,99, later € 13,61. So I must have spent 1170 euros on Voyager. I was actually about to buy that week's tape when my brother called me on my first Nokia cell phone to tell me an airplane had crashed into the World Trade Center in New York. 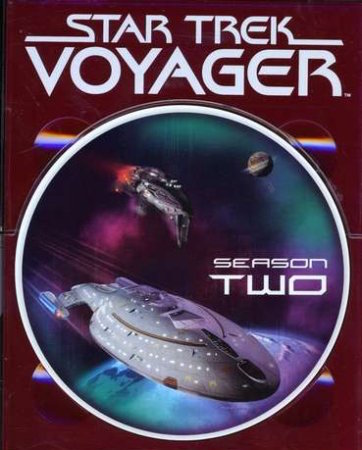 At about 250 grams a piece, this collection weighed in at 21.5 kilos, and I got rid of it when I moved to Spain. However, last week I re-bought Voyager, on DVD this time. The box set weighs 1.25 kilos and cost me € 105. At the time of this writing, you can get the Star Trek: Voyager - The Full Journey box set for £ 85 from Amazon UK, but in the US you'll have to shell out $271 for Star Trek Voyager: The Complete Series on Amazon.

I never really watched the original Star Trek series, which is 49 years old now. The few times I caught an episode, I had trouble suspending disbelief because the sets looked so improbable and the effects are terrible. I mean, they can't even get the space ship model to travel in the direction it's facing. 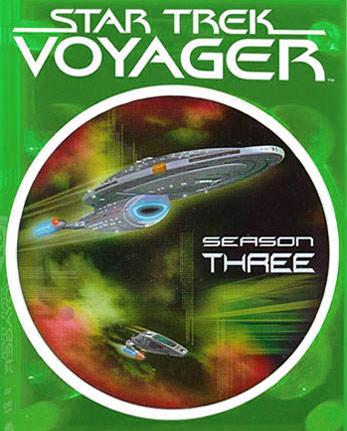 However, I was a loyal Star Trek The Next Generation viewer. I even recorded every episode on VHS tape, and I still have those tapes. (Well, I missed the last two episodes, but I got those on tape, too.) I think I re-watched them once, but now that ST:TNG is available in high definition on blu-ray, it's unlikely I'm going to revisit those home recordings. Also, TNG isn't that great. The the story lines tended to get repetitive and characters are fairly bland. I especially disliked Data. 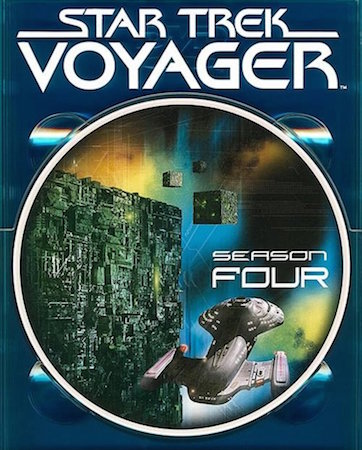 I liked Voyager a lot better. First of all, there's a real mission: getting home from the delta quadrant—although they sure get side tracked a lot. But the great thing about this conceit is that Voyager actually gets to explore some unknown places, something that The Next Generation didn't really do much. The characters also work much better. Captain Janeway is a great character, warm, but also tough. Tuvok works much better than Spock or Data because the whole lack of emotions thing is no longer explored to death. And, emotions or not, he does have a sense of humor. The characters all have traits that propel stories forward organically. The desire get home before they die of old age allows them to do stupid things from time to time (as needed for the plot) for understandable reasons. 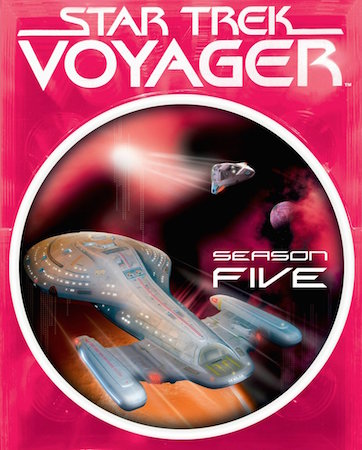 The biggest limitation of Voyager is that most episodes were written to allow for out-of-order watching. As such, the (life-changing) events in one episode are forgotten the next. However, there are some longer-running story lines where the crew has to deal with a certain adversary throughout a season or two. My favorite seasons are 3 - 5. Season 3 slowly leads up to the first encounter with the Borg, and then in season 4 Seven of Nine gets added to the crew. This shakes things up nicely until the writers start to spend too much time on Seven of Nine and the doctor. 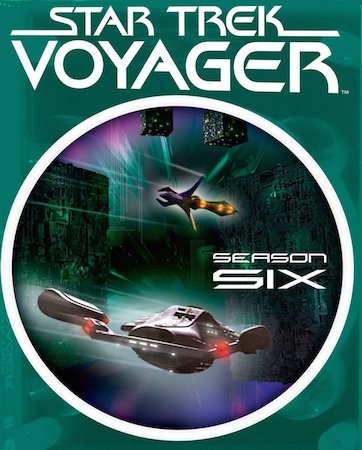 Even though Voyager is pretty good TV, it's not great science fiction. The big problem with Star Trek is that they're just too powerful. The technology is basically magic and can do anything. Often, first half of the ship has to break before there's any sense of danger. It also makes things way too easy: scan a planet 20 light years away from signs of human life? No problem. Not only do most aliens look human, they also speak English (for all intents and purposes). I'd love to see a show that takes a more realistic approach to space exploration, where space is actually big and empty—even when navigating it faster than light speed—and visiting a new planet is a huge deal rather than something that's over and done with in 43 minutes. 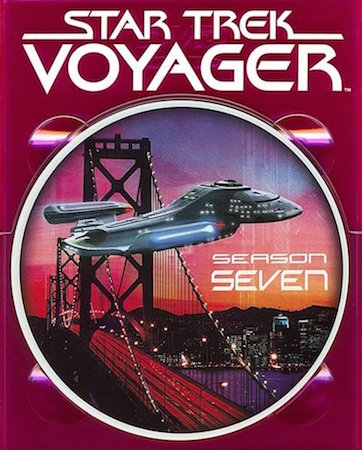 In these days of widescreen high definition TV, it takes a little getting used to to watch Voyager in 4:3 narrow aspect ratio, and of course the image isn't super sharp. The live action parts aren't too bad, though, and it helps that Voyager predates the trend to make TV and movies super dark so you can't tell what's going on. The CGI doesn't fare so well: it tends to be noticeably soft.

Having to navigate through menus and being force fed unskippable disclaimers is pretty annoying. Then again, simply inserting the DVDs without having to worry about managing storage on my computers has its advantages, so I don't think I'm going to rip the entire series.