I think yesterday's WWDC was the longest one I've seen at nearly 2.5 hours. Still, there wasn't much to get excited about. Apple Pay is coming to the UK, but not to the rest of the world. Apple Maps transit directions are coming to two handfuls of cities and all of China, but not to Holland. Apple's new news app is also limited to the US, the UK and Australia. The music stuff may or may not be interesting, but I'm afraid it's going to get in the way of simply playing the music I have on my computer and my iPhone.

But... reading the fine print, there is one thing I can get behind: 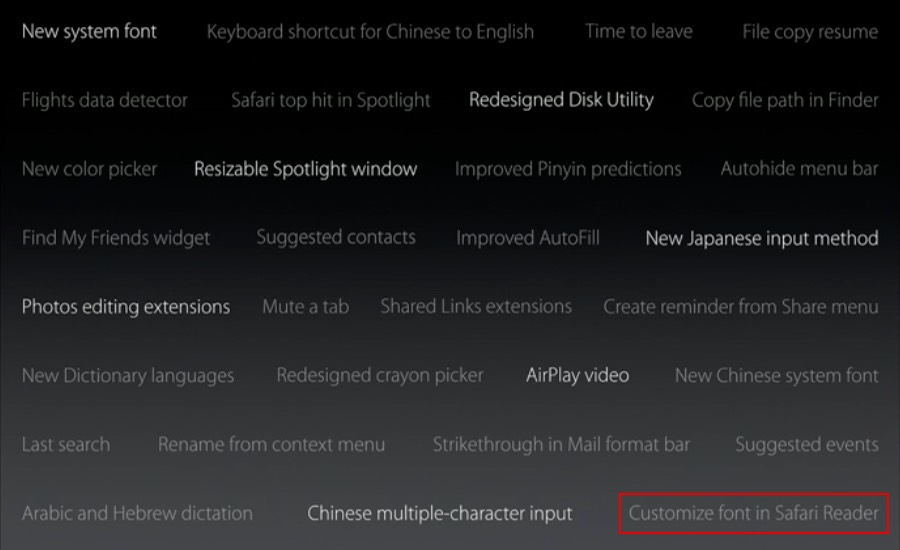 A customizable font for Safari Reader!

I must be getting old, but I really can't stand what the web has become these days. The trend to have fixed banners at the top and/or bottom of pages gets on my nerves, because that way you can't scroll a webpage one screen at a time. It's also visually distracting. As are the attention-grabbing ads, which are often animated or video. So there's hardly any text I read on the web without invoking Safari Reader.

However, Safari Reader itself isn't all that great: the width of the text is fixed, so in order to get avoid having too many words per line, which makes it hard to land on the next line, I need to keep the text size bigger than I'd like. (Funny, because 95% of web pages use text that is way too small.)

Safari Reader uses the Georgia font, which isn't terrible, but largish serif fonts just don't take advantage of high resolution displays. So I hope that in addition to the ability to configure a nice sans serif font, we also get to adjust the margins in Safari Reader.