For a long time, I used my iPhone 5 without a case. But one day, I pulled it out of my pocket by the headphone cable and it dropped on the street. It landed on its corner, which left a little scrape, but otherwise it was fine. But since then I pretty much always used a rubber case when leaving the house. If it had been the iPhone 6, that fall could easily have been much worse with glass curving around the edge. So when I got my iPhone 6, I got one of Apple's cases. I looked at both the silicone and the leather cases, which seemed to be very similar in in feel. In addition to protecting the phones against drops, these cases also add some extra grip so it won't slide out of your hand or pocket as easily. So I saved $10 and got the white silicone case, which nicely wraps around the edges of the phone but leaves the screen and the bottom free. 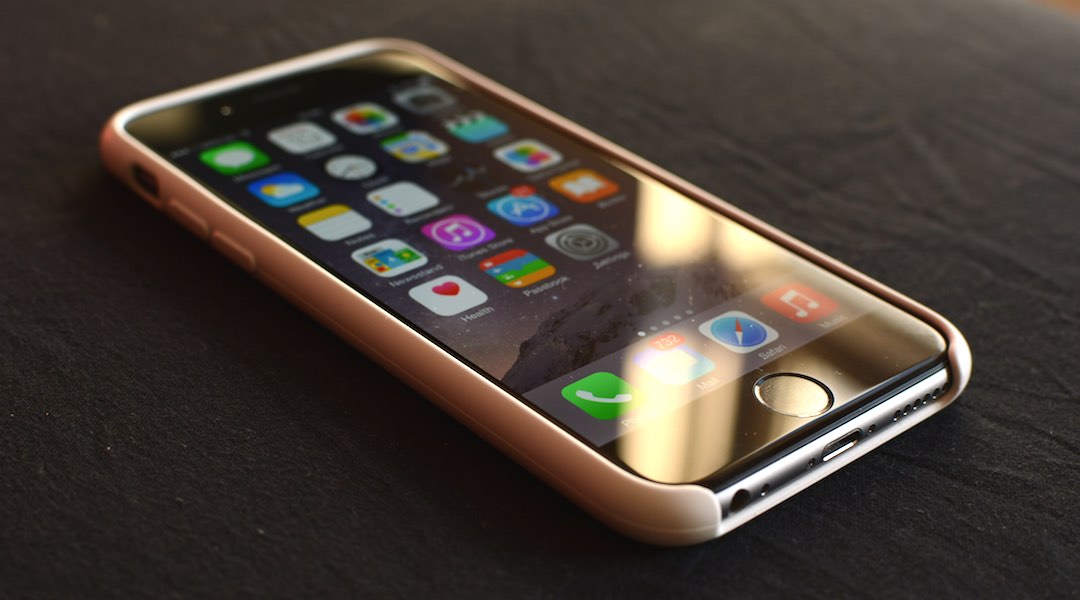 Apple's silicone case is great for day-to-day use, but it doesn't provide the kind of protection that I need when I go inline skating, where there's always a risk of high speed falls—right on top of my iPhone. So I also got a Trident Kraken AMS case: 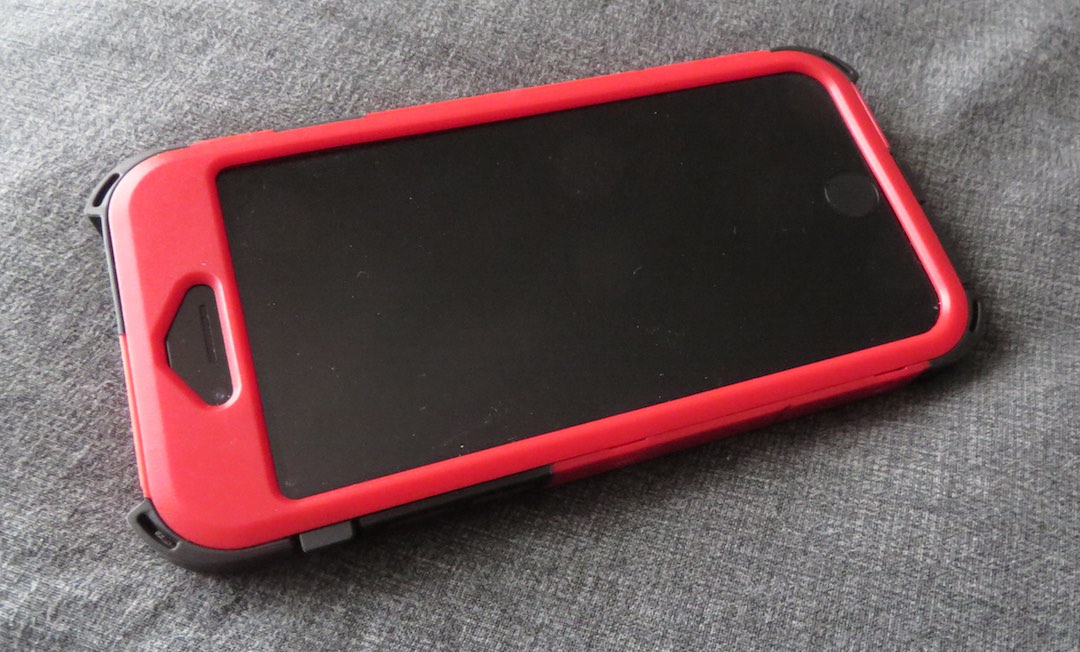 Full disclosure: I got the iPhone 5 version for free. That one has three parts: a soft silicone/rubber inner part, and hard plastic front and back parts. It's very thick and heavy, but incredibly sturdy. The iPhone6 version doesn't have a separate silicone/rubber inner part, but rather uses a slightly softer plastic on the inside that sticks out at the corners to absorb impacts. It's much slimmer and only weighs 53 grams. (The iPhone 6 itself weighs 125 grams and Apple's silicone case 17 grams.)

The front part of the Kraken has a plastic screen cover, with a cutout for the fingerprint sensor. The case is supposed to be somewhat splash-resistant; it has covers for most of the openings in the iPhone, but I still wouldn't use it in any kind of serious rain. You also have to be very careful with sand or dust, because this can get in through the hole t the fingerprint sensor and then get wedged between the screen and the plastic cover, possibly leading to scratches. To avoid this, I removed the plastic screen protector. It's glued to the inside of the front part with glue that is easily scraped off. After this, you can still use the case with the screen protector, as it'll stay in place with the phone in the case even without glue. I'm not entirely sure how you're supposed to open the Kraken. The only way that works for me is with the tip of a knife, and even then it's not easy.

On the back of the Kraken you can attach accessories such as a suction cup for sticking the phone to a car dashboard or windshield, a tripod attachment or a bicycle steer attachment. I got the latter: This allows me to use my iPhone to help me navigate when cycling, which I'll talk about in a later post. 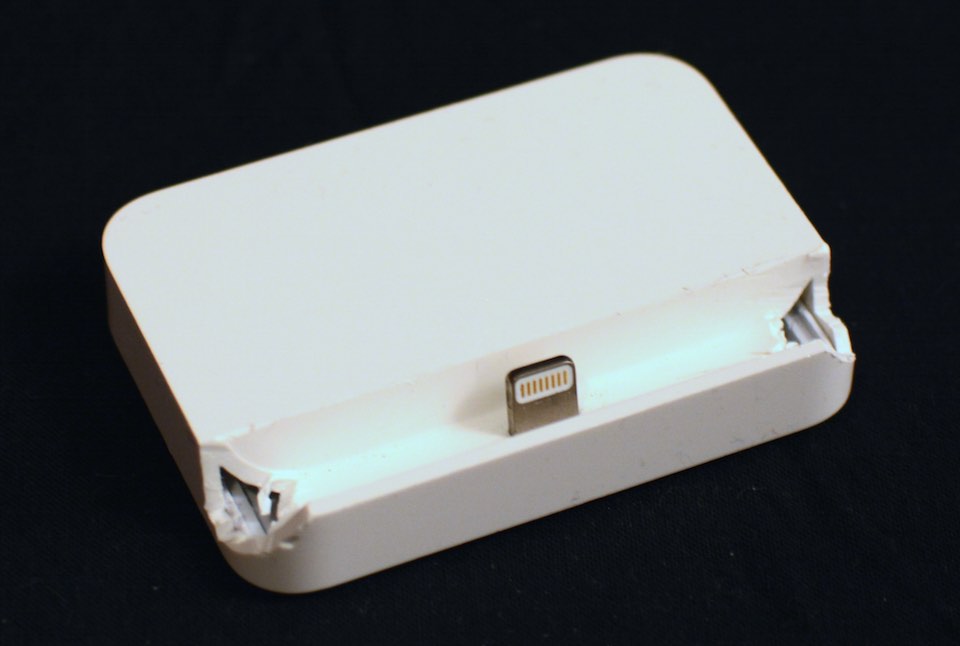 It's not going to win me any design prizes, but it works: 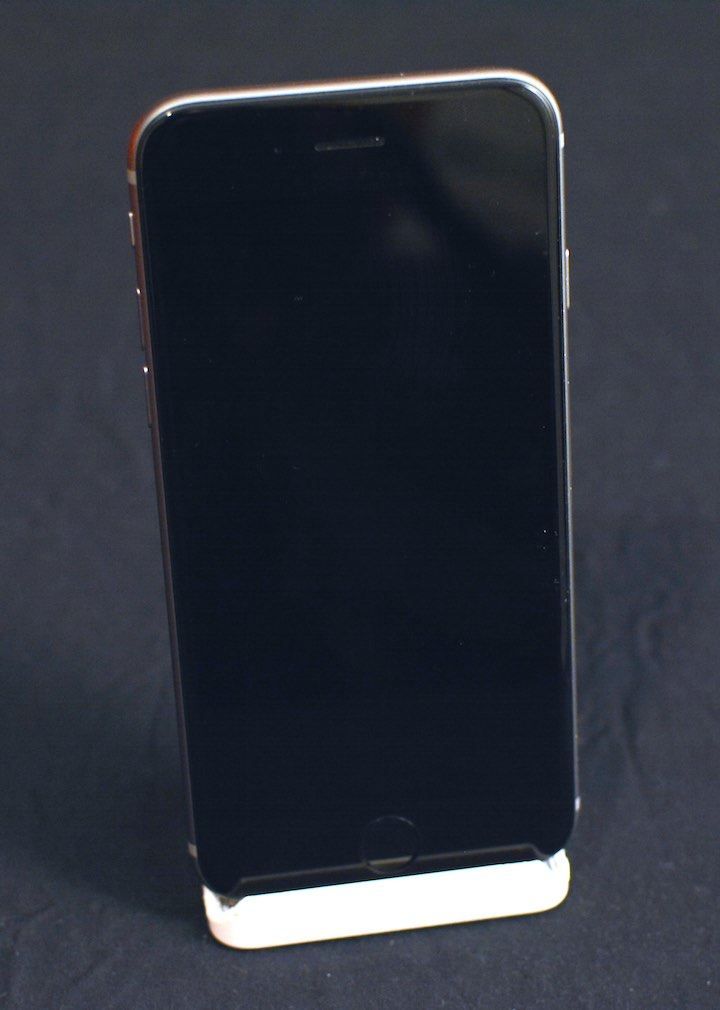 The iPhone 6 still complains about the non-authentic cable, but it charges just fine off of it, and the audio out through the dock's 3.5 mm port also works.